The streak of triple-digit injections has finally been broken with a build of 98 Bcf, but it still ended up matching market expectations while surpassing last year’s value of 71 Bcf amd the five-year average of 70 Bcf. Warmer than normal temperatures along the West coast, the deeper Southern region, and part of the East certainly aided in this very slightly bullish but mostly flat print, yet a swath of cooler weather made its way across the majority of the interior U.S. Demand made some strides during the reporting period per Genscape, as “the increases were driven by power burns, along with exports to Mexico and via liquified natural gas facilities.” Despite this noted increase, the consensus for end of season storage inventories continues to sit around the 3.7 Tcf level, which is well within the five-year average range. At an ISO level, ERCOT continues to work with minimal reserve margin that may not be tested if sustained heat cannot stick around, and NYISO’s proposed carbon pricing plans have flipped the calendar strip prices in multiple zones to contango. On a similar note, NYMEX strip prices have also flipped to contango over the past few weeks, causing the 12 month strip to show more favor than longer terms. Real time daily index prices at major hubs continue to be muted, yet an uptick could be on the horizon, particularly at ERCOT Houston and North. Summer could finally show up between Weeks 14 to 16 of injection season, but July’s initial heat isn’t expected to stick at the moment.

The August 2019 NYMEX Futures price began the day around $2.27/MMBtu prior to the report’s release and increased to $2.32/MMBtu after the report was posted. 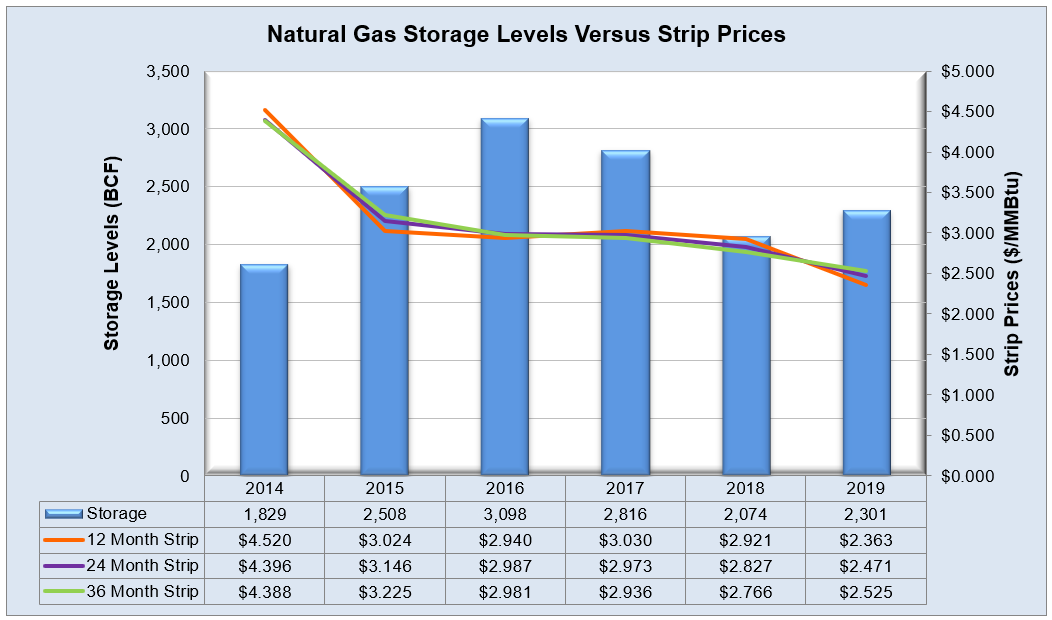 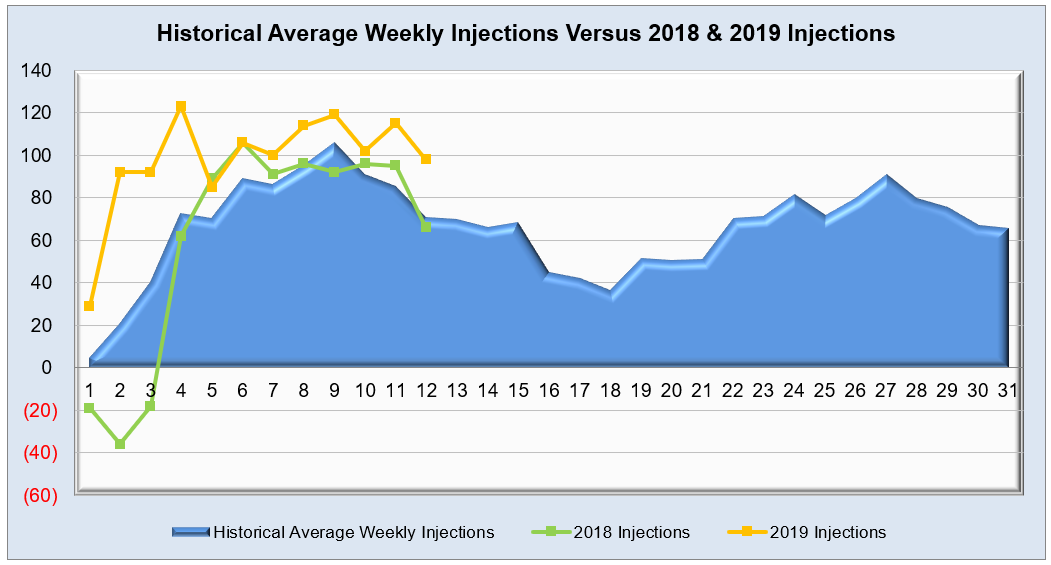 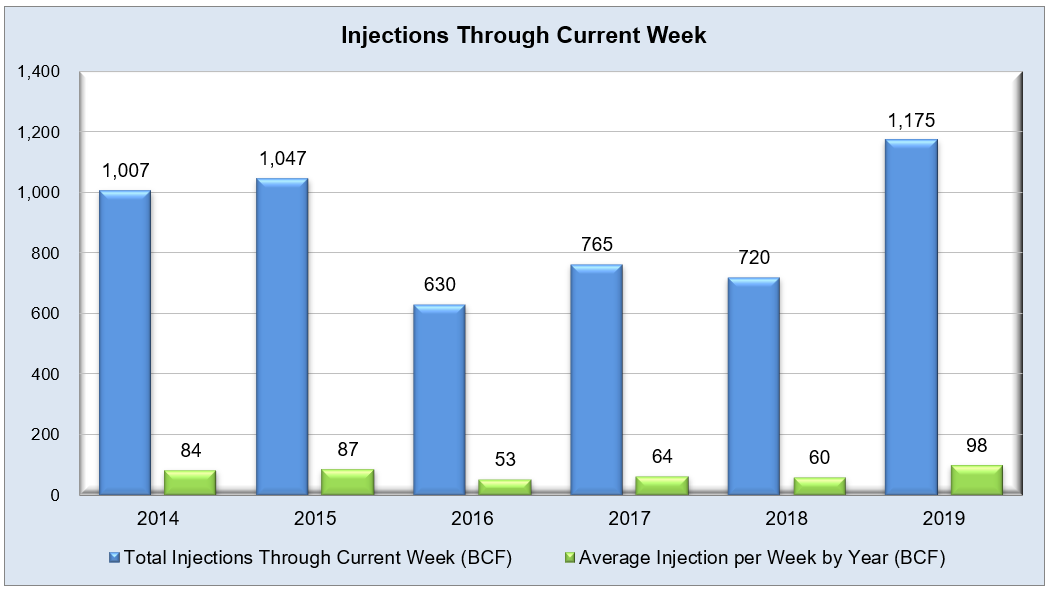 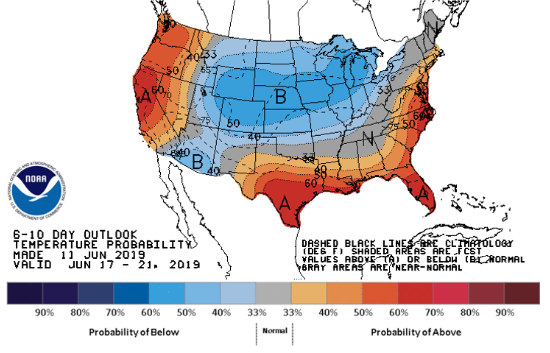 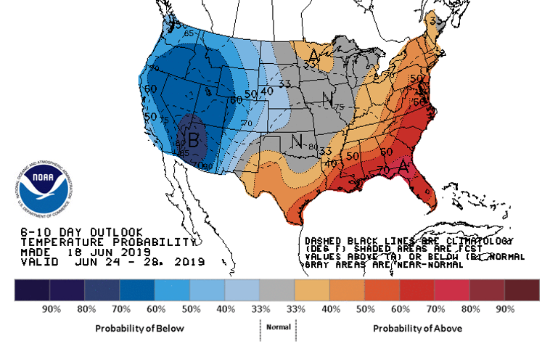