This week’s 100 Bcf injection came up slightly short of market expectations, but managed to exceed last year’s value of 93 Bcf and the five-year average of 88 Bcf. Little has changed fundamentally despite slightly warmer changes in the East along with cooler shifts in the West. With any major heat expected to be pushed later into June, the last two trading days have tumbled back under the $2.60/MMBtu mark. Technical aspects seem to be taking the lead as of late. According to Andy Weissman at EBW Analytics, “…hedge funds shorting the market may have seen early morning prices that were still near $2.60 as a last opportunity to pounce before the monster injections expected to begin next week drive gas prices down sharply.” All things considered, it’s been a slow wait for normal summer weather to kick in, but the Southeast is expected to experience notable heat sooner than later. You wouldn’t have guessed it based on index power rates and the state of the NYMEX prompt month.

The June 2019 NYMEX Futures price began the day around $2.55/MMBtu prior to the report’s release and increased to $2.56/MMBtu after the report was posted. 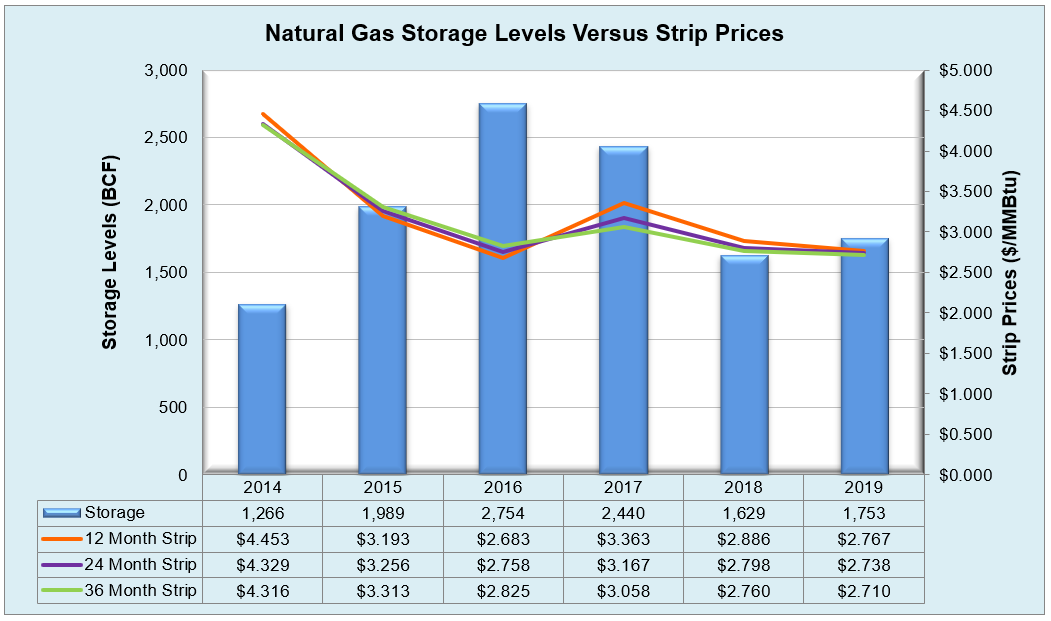 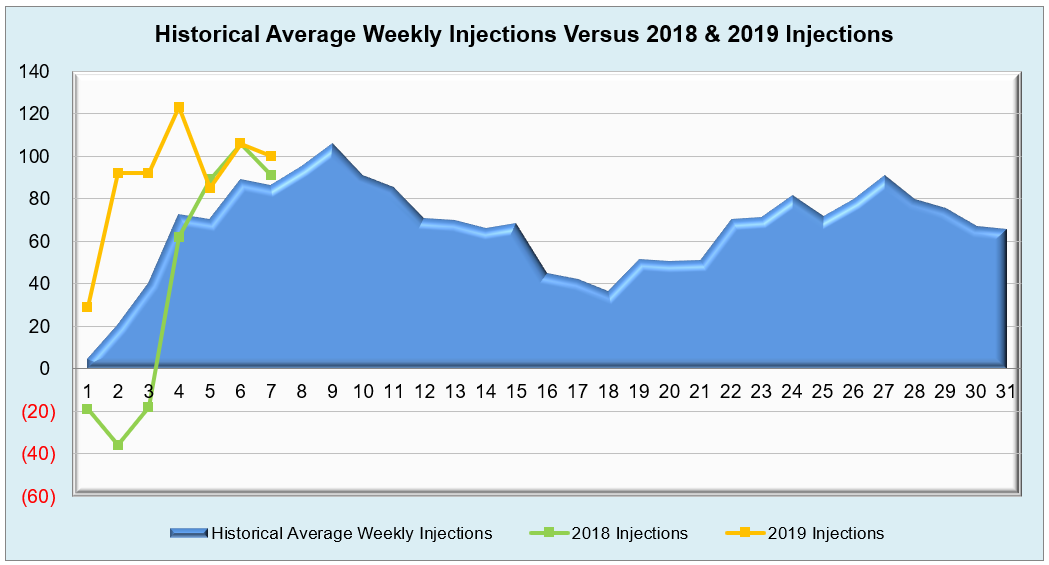 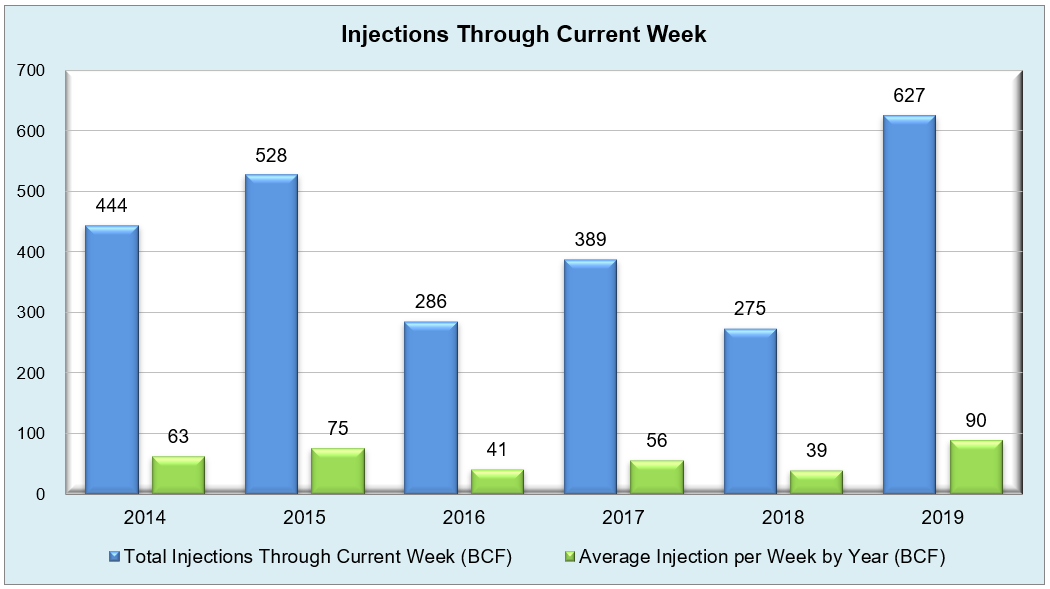 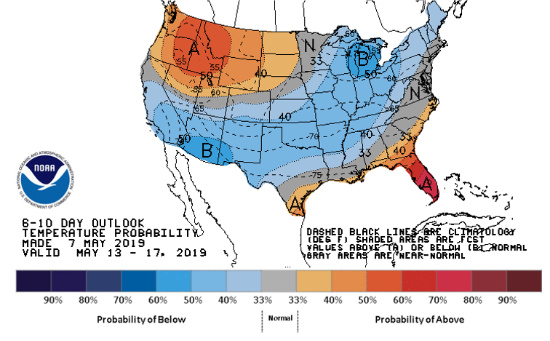 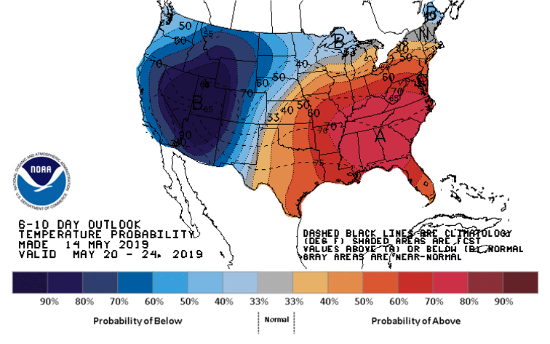