This week’s injection of 106 Bcf slightly edged out the general market consensus of 104 Bcf, last year’s build of 104 Bcf, and the five-year average of 89 Bcf for the same time period. NatGasWeather.com reported that “It was cooler than normal across the central U.S. and Midwest, while warmer than normal across the West and East,” which led to the South Central region contributing the highest input for the current build. Even as LNG export terminals are being completed, Mexico increasing their natural gas imports from the U.S., and production somewhat slowed due to seasonal maintenance, the current supply & demand balance still seems to show a slight oversupply. Prompt month NYMEX futures have mostly remained within a range of $2.62 to $2.70/MMBtu range, and injections similar to today’s will be instrumental in keeping any sort of lid on prices should the possible weak El Nino cause an increase in cooling demand and warmer-than-normal weather in key regions such as the East and South Central. That being said, index power markets haven’t seen any sort of notable activity due to the mild spring weather that occurred in April and through the first week of May, and key drivers (most of which are increases) of power prices are cropping up more in continuous legislation being passed instead of the weather and other fundamental factors. Once June begins and air conditioners start firing up however, we’ll see how quickly that changes.

The June 2019 NYMEX Futures price began the day around $2.60/MMBtu prior to the report’s release and increased to $2.63/MMBtu after the report was posted. 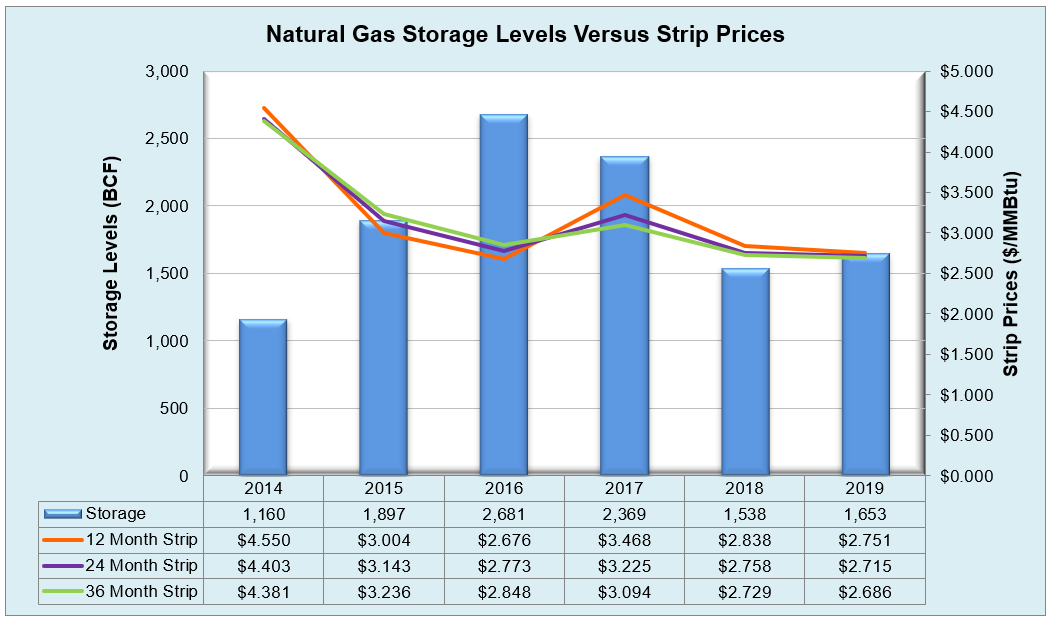 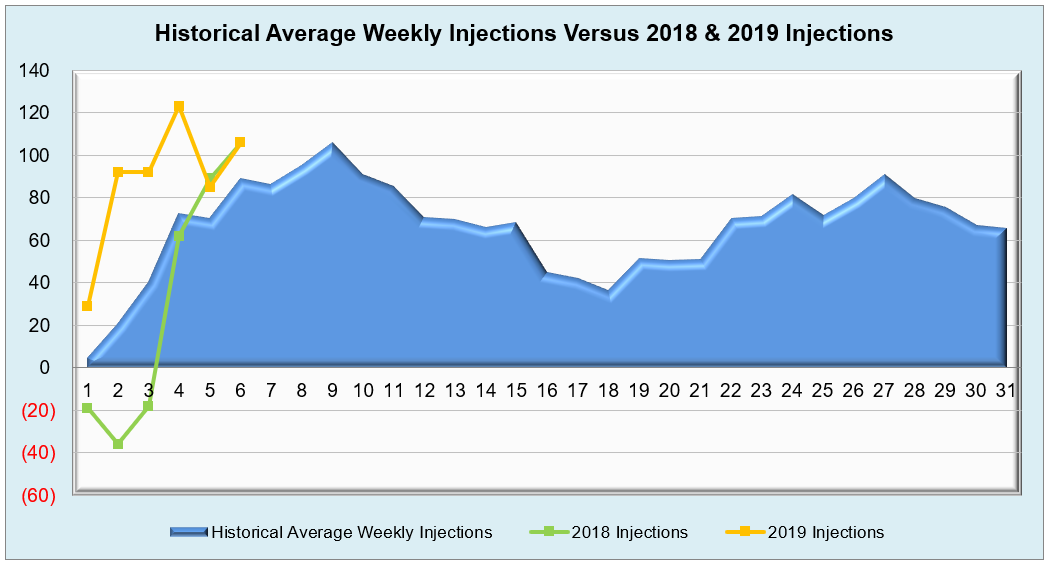 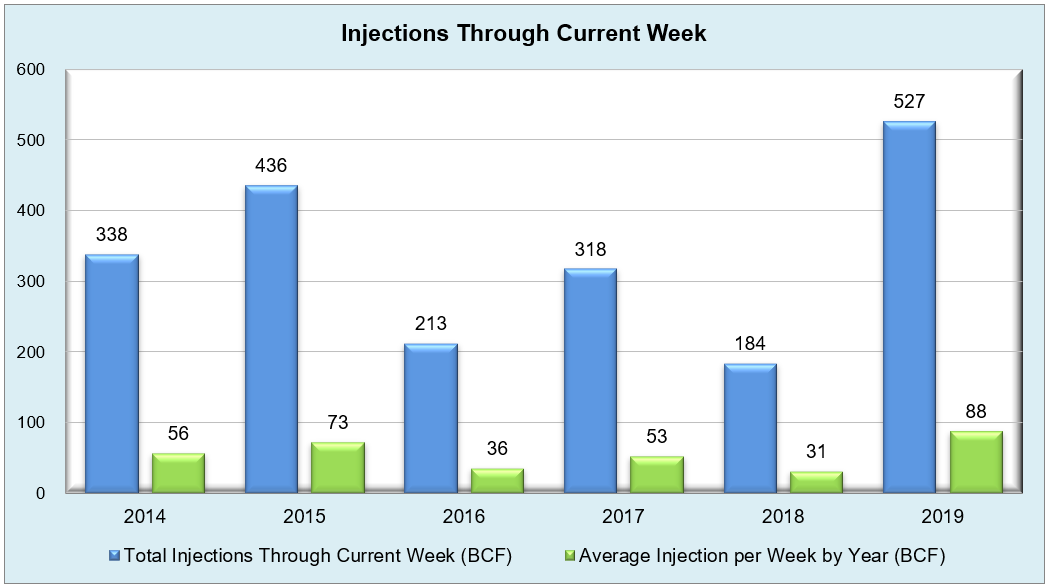 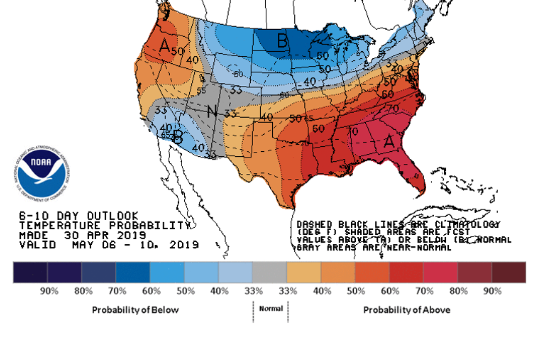 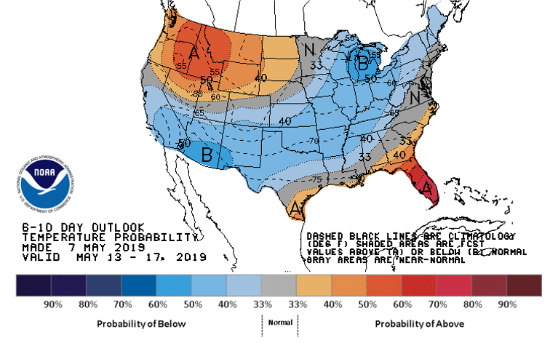